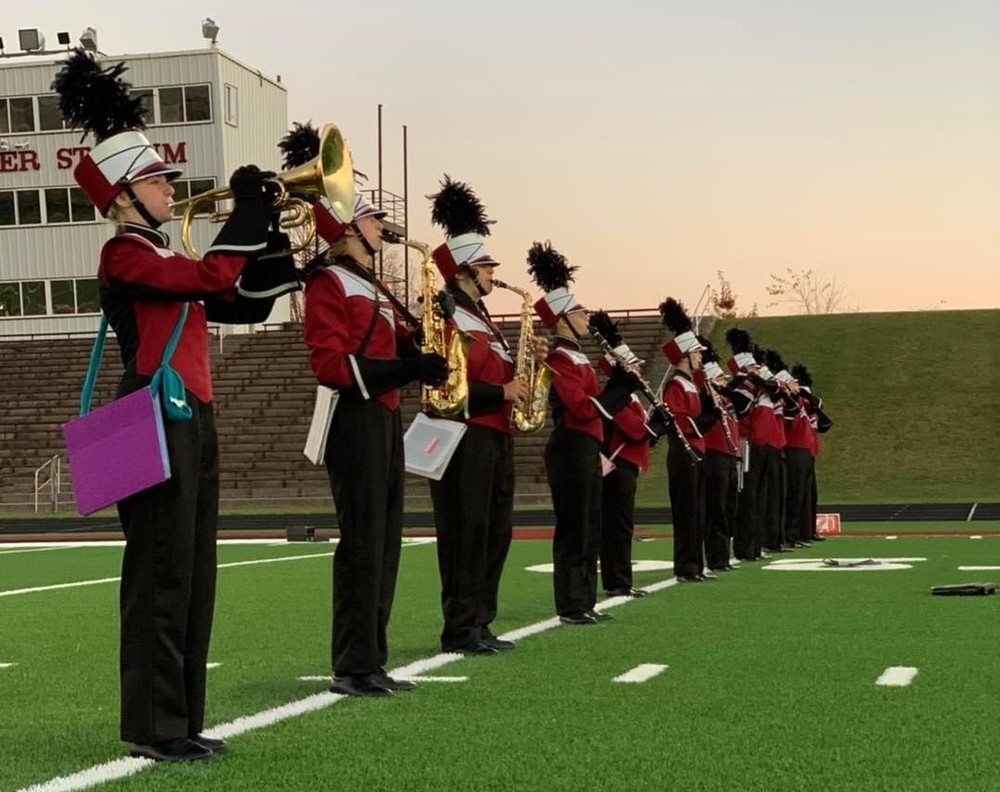 This Saturday, November 5, the Watervliet Marching Band will make their 18th appearance at the MCBA State Championship competition at Ford Field in Detroit, performing their program Asylum.

According to band director Jennifer Hollandsworth, Asylum can mean two things; a place for the sick to heal and a safe place to seek shelter. This show, with music composed by Jason Nitsch, explores anxiety, fear, and ultimately, strength as it builds to a powerful and exciting conclusion.  The drill and visual design tell a story of an old, decrepit asylum. When not performing, band members transform into the inmates of this institution.

Watervliet started out the season by receiving a Division 1 rating at the District 6 Marching Band Festival in Paw Paw. The band’s competition season started right after that with the Sparta MCBA (Michigan Competing Band Association) Competition in which Watervliet finished in 1st place and received the Outstanding Visual Performance award. Next, the band traveled to Jenison where they again finished in 1st place and received awards for Outstanding Visual and Best Auxiliary (Color Guard). This past weekend, the band competed at the Reeths-Puffer Westshore Invitational hosted at Grandville HS. The band was up against some tough competition and finished in 2nd place.

Hollandsworth comments, “Watervliet is currently ranked 2nd in Flight V going into State finals. The competition is fierce and anything can happen. Our goal is to give our very best performance of the season this weekend. A lot depends on the students' abilities to focus and perform their very best show. There are judges not only in the press box but also on the field during the performance. Performers are evaluated on an individual basis as well as the full ensemble.”

About her band members, Hollandsworth says, “The students have really bought into our show concept this year. The character acting is what has really set our show apart from more traditional shows. Additionally, our student leaders are very dedicated and are willing to put in the work to improve their sections.”  This is Hollandsworth’s 25th year teaching and directing at Watervliet, and her 27th year teaching overall.

Hollandsworth tells us, “The band would like to thank their additional instructors, Kari Stevens (Guard), Kelsey Griffith (Guard), and Emma Olson (Percussion), and their amazing, supportive parents and families! 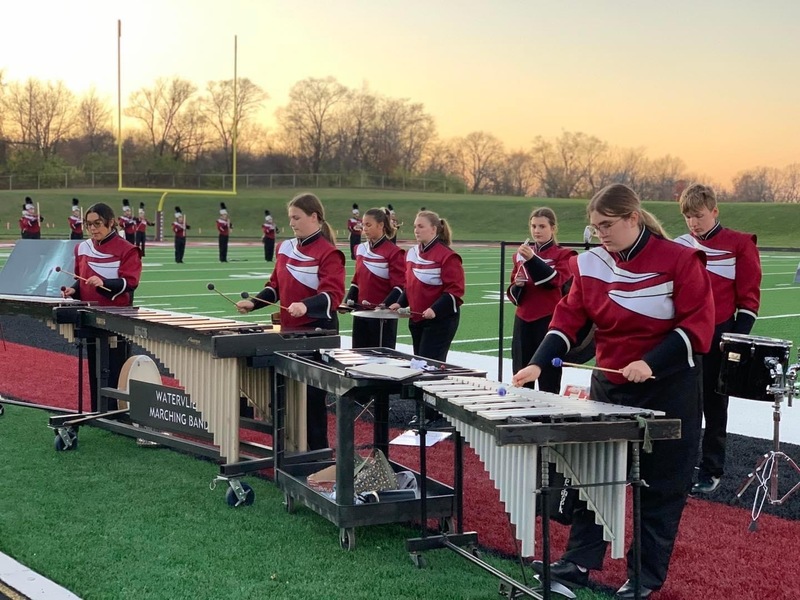 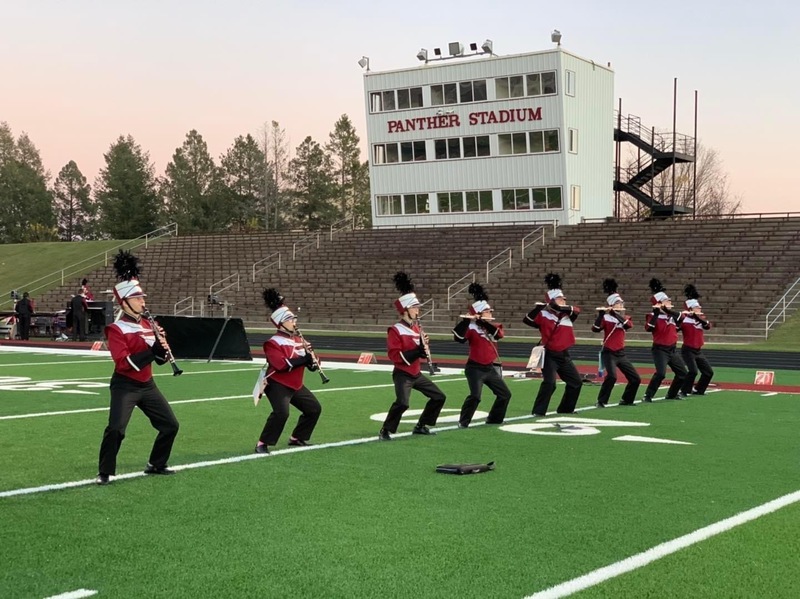 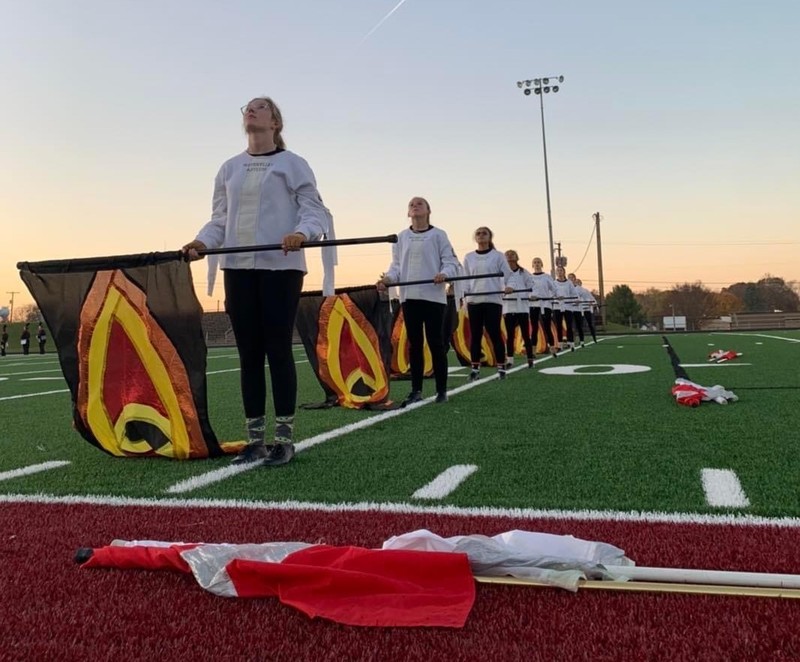 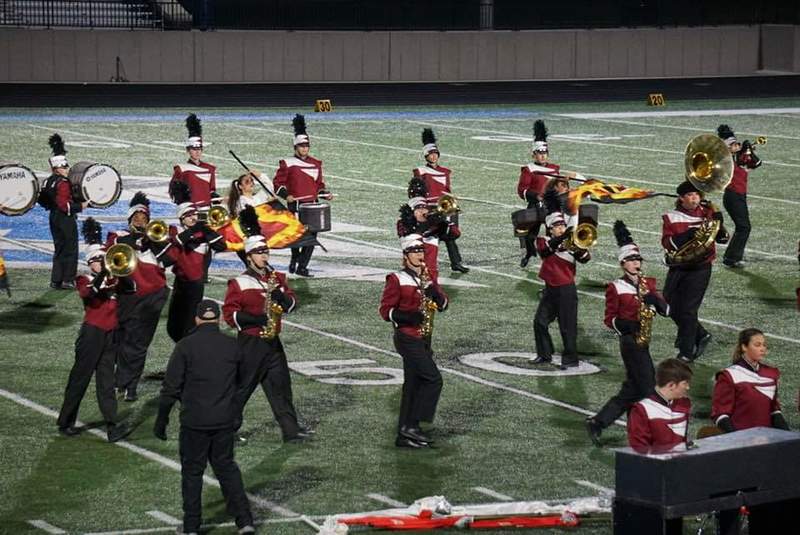