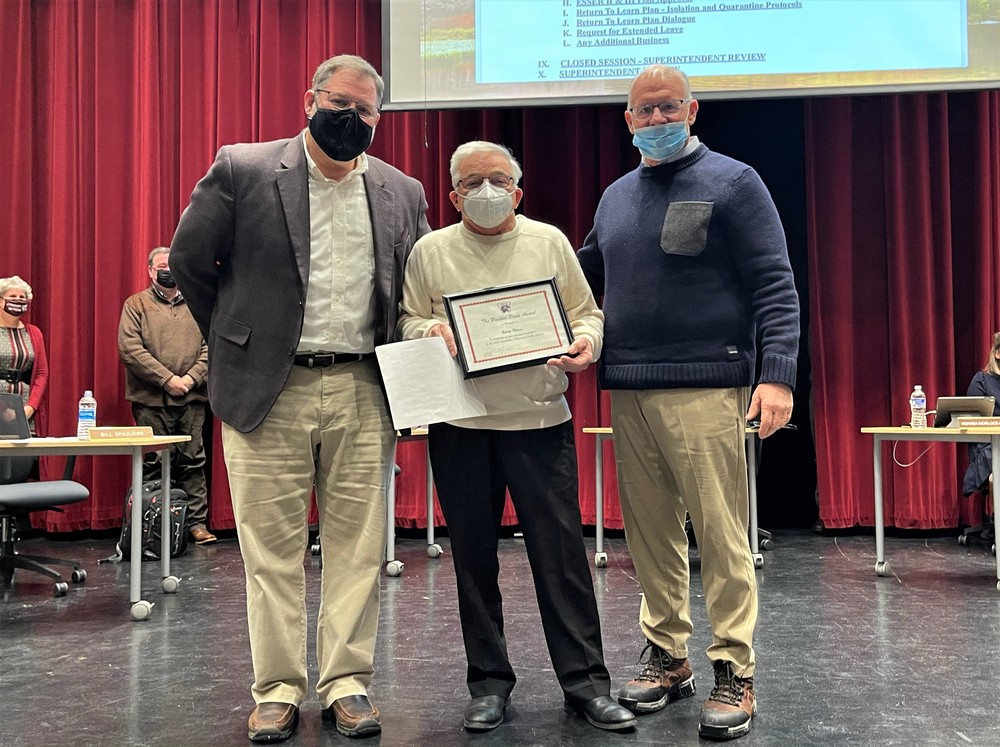 Barry Nilson,  outgoing President of the Watervliet Foundation for  Excellence in Education, was honored at the February 14 Board of Education Meeting as The Board's latest recipient of The Panther Pride Award. 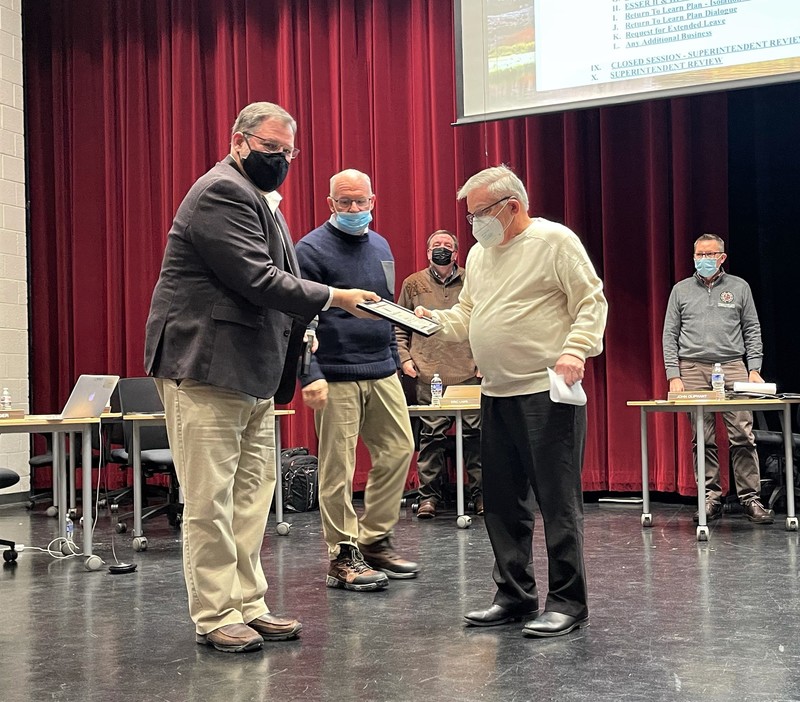 Barry's support for Watervliet Public Schools is a lifelong passion.  He is a 1965 graduate of Watervliet High School.  He returned to WPS to teach 5th grade at Watervliet Elementary School and he also taught Exploratory in Small Engines in the Middle School.

Barry is instrumental in the formation of The Watervliet Foundation for Excellence in Education and for the success of its "I'm in for Twenty" campaign which funded internet access for students in unserved areas so they were able to participate in virtual learning during the pandemic.

You would be hard-pressed to find a more shining example of Panther Pride.  We congratulate Barry on being selected as the recipient of this Panther Pride Award and thank him for his dedication and service to Watervliet Public Schools.