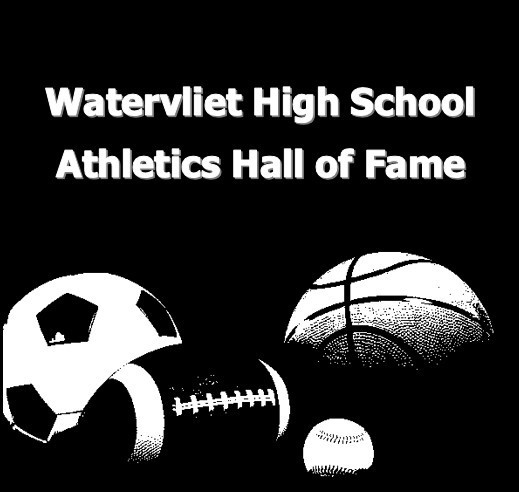 The Watervliet High School Athletics Department is proud to announce its selections for the WHS Athletics Hall of Fame Class of 2022. This year’s inductees will include one coach, one community member/volunteer, one team, and two individual athletes.  This is the first time there has been an honoree from every category of nominees.  The Class of 2022 includes:

Jeremy coached Watervliet Panther Varsity Football to six conference titles and three district titles between 2009 and 2017.  He was named Regional Coach of the Year in 2014 and again in 2017.  Jeremy also coached Watervliet Middle School track for several years and has been the WHS golf coach since 2019.

Donna is being recognized for her countless hours and many years serving as the statistician for sports at Watervliet High School.  Those who played or attended any sport during her long tenure here will certainly remember Donna because she was at the scorers' table for virtually every game for 25 years. --home and away.

John was not only the WHS Outstanding Athlete of 1977, but he was also the Outstanding Senior Boy.  He was a four-sport athlete, participating in football, basketball, baseball, and track.  He was a member of the 1977 district champion basketball team, voted Offensive Player of the Year in football by the Watervliet Jaycees, and held the record for the 330 Hurdles and mile relay in track.

Jim earned 13 varsity letters at WHS -- 4 baseball, 3 football, 2 basketball, and 4 track.  Jim was a finalist for the Red Arrow Athlete of the Year award in 1975.  He was a record holder for the shot put, and received all-conference honors twice for his role as a football lineman.  He received a full scholarship to Western Michigan University where he lettered three times as a starting linebacker.

This team capped off an 11-0 season record with a run for the state title, making it all the way to the Silverdome for the final game where they lost and became the State Runners-Up.  Linebacker Scott Schnebly received All-State honors.  Four team members were All-Conference Offensive players, Five were All-Conference Defensive players, two were second-team for offense and four were second-team for defense.  This is the only Watervliet football team to ever make it to the state finals.

Athletic Director Ken Dietz asks that anyone who was a part of the 1979 State Runners-up football team please send your email address to kdietz@watervlietps.org so that we can keep you up to date on details for our Induction event.  If you have contact with members of this team who live outside of the area or who may not see this, please ask them to contact us or share their contact information with us.

The Hall of Fame Class of 2022 members will be inducted on September 2nd at the Panther's football game vs. Dowagiac in Panther Stadium.